Remember that time I wrote a blog post (that was forever LONGGGG) and I said I would keep it short and sweet the next time wellllllll I told a fib. LOL! What had happened was Brunswick County’s (South Brunswick) 10u Angels came through and said, “those older chicks ain’t about to show out and leave us in the dust.”

So here I am, in my feelings again, because these girls worked for every game/play/terrible call/no credit and dag on it no RESPECT! No sir, baby South said they weren’t having it. So they showed up at Cape Fear Optimist Park on Saturday July 13th ready to show they had what it takes to be a Champion too. These girls had sisters, cousins and friends on the 12u team and they watched as those girls took the NC title just days before they were to begin their State Tourney games. They also knew that they may have to travel with them to see them play OR better yet they could be on the ball field across from them doing workkkkk at the same tourney. Folks, if you have any competitive bone in your body you are with me here. You are NOT going home without a fight. Am I right, orrrr am i right?

If this is your first time reading my Softball is LIFE series let me go ahead and spell it out for you. We call the big leagues the WORLD SERIES. We are talking about the best of the best. Listen to me folks, these girls are NORTH CAROLINA. That means they are the best fastpitch softball team in North Carolina in their age group. These girls knew that 12u South had what it takes and proved it when they became NC Champions, but they also knew they had to have their own love for the game to become a Champion.

Ohhhhh yeaaaaa here we go Game 1 at Cape Fear Park against North Stanley….cancelled. Weather AGAIN. You have got to be kidding me. This again? Just like the last tournament? Rescheduled for 10:00 on Sunday. Done! They took that W 9-1. Unfortunately I cannot give you play by plays because I had to miss this game. I finally got back to work (after cancelling everything work related to make every game at Town Creek State Tourney) and decided to host a fundraiser for the 12u team to let them know Brunswick County stands behind them and we will send you to Texas in style. (Ill come back to this …oh believe me when I tell ya it gets soooooo good)

Game 2 West Lincoln. I showed up. 8pm game. I’m IN! Well let me just tell you right now who did NOT show up. The dag on UMP behind home plate. Now I realize I may have some PG readers so this is where I keep it as PG as possible…..Imma tell you like this my almost-blind grandmother could have seen better balls and strikes than that thing could. He was to busy wanting to throw someone out the park then calling the game. Now as a ballplayer this is frustrating for many reasons, (gonna speak on my position since that’s all i know) as a catcher we frame pitches and that’s our job. When our pitcher is tired or just a tad off that game we frame every pitch and we make it look good. That’s our job! Wellll hunny, nothing was good enough for him to call it. He won’t calling a thing, no help whatsoever. OK, we get it so we basically need to get the girls swinging at anything. Got it! Well, here we are old and retired ballplayers living vicariously through these girls and we KNOW the frustration.

Luckily, we did not have anyone on our side thrown out over these calls, but bless W. Lincoln’s heart their coach was thrown out in about the 4th inning. To this day we don’t even know what he said. If you have spent one day at the ballpark with us you know if one of our own is thrown out everybody and their momma would have known why, how and the gesture that ended that one. (Just sayin) ….Enough about him and his terrible calls lets get back to the game….South said we don’t have time for that, we can overcome anything and wellllll they did just that too. They took the negativity and used it to their advantage and got hype and unstoppable. We took that WIN 9-2.

Game 3 against East Columbus. Never underestimate them. That’s some country folks too and if you know like I know they always gave us some competition. At the end of the day it boils down to who wants it more. Wellllllll we took that W 13-6. Clearly we (South) want it BAD!!!!

Oh lawddd y’all here we go again up against West Lincoln. Bring it! Bats not going like they should have been, but who cares when the pitching is so FIRE that you can hold them to one run. Yes sir, we took that W 3-1.

Okkkkkk here we go folks hold on thisssss is what it’s all about….

Game 4 up against Burgaw. I was there (to my clients I cancelled thank youuuuu for being patient) I was there! Could NOT miss it!

So a couple back stories before we get started here. First off, 19 years ago when myself and my most favorite 11 teammates went to district’s we were in our last game up against Burgaw. These girls were ballers, they were beasts, they wanted it and we…..wellllll we were scrawny and we didn’t even know how we got there. What we knew was every dag on play, every call that suited our pitcher and we knew we were family.  We talked on and off the field. We balled together and boyyyyyy did we have some plays that nobody could mess with. I want to apologize right now to our coaches for doing this to you because I know you wanted us to go by your rules, butttttt that’s the beauty in the game. There are no rules! We were FAMILY, we were a team that got together when we weren’t even practicing so that we could have signs to pick off people. We couldn’t stand for a girl to steal on us (I wish she would……) so we would go for it, we would do things that would absolutely drive our coaches and parents insane and we did it because of this. WE TRUSTED EACH OTHER! Say what ya want, but we were good and we knew we could get the job done. Same exact thing I have watched from these girls. They are GOOD and they have done more than get the job done!

Ok back to 2019 (I can’t help but reminiscing) Game 4 against Burgaw. Just like the 12u girls did in their last day of the tourney, I have no idea who this team was. Never seen them. They were not our girls. They wanted it, but here’s the thing you might not know. They were undefeated up until this game. Like any undefeated team you assume it’s in the bag. NOPE! Burgaw came in and was ready to make them work for it. We took our FIRST loss. That’s when you get in the dugout and you come together as a team. Well if you know anything about Brunswick County you know that’s what we do best. We like the pressure. After a lil break, we were back at it, against Burgaw again. All or nothing. Here we goooooo…..

My lawddddd they were BACKKK Game 5…our girls, our team we all know, they were BACK…were talking about hit after hit. Defense working in the field holding them with 0 runs. Those bats were so on fire Burgaw couldn’t handle the heat. At this point I’m thinking dangggg what did the coaches say to them?? Whatever it was we thank you for believing in them and pushing them to believe in their talent. These girls rallied TOGETHER as a TEAM. A true CHAMPIONSHIP team. This beautiful 10u team literally brought us fans to our feet like you wouldn’t believe. Welllll we took that Championship game to the house with a 12-0 WIN. You know what’s next….World Series Bound y’allllllll with the big sis team! 10u has now joined the BIG LEAGUES with the 12u girls and WE ARE GOING TO TEXAS!

Without further ado, let me introduce to you the 2019 North Carolina State Champion 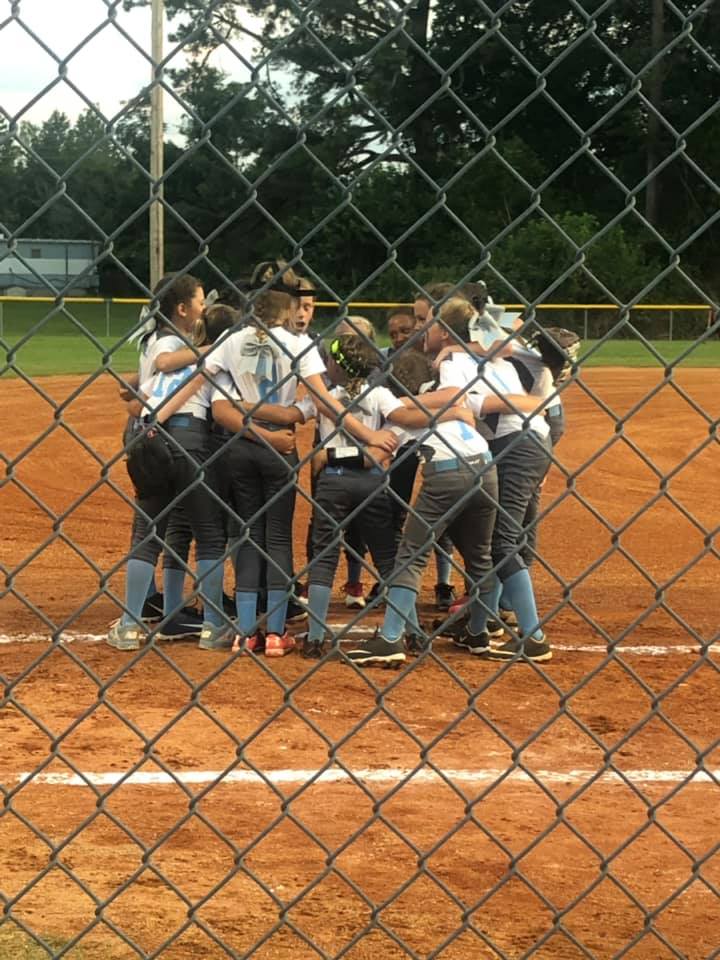 On August 1st (yes, next week) they will travel to Sulphur Springs, Texas as North Carolina State Champions to compete in the World Series along with the 12u Ponytails X-Play gals. Please keep the team, coaches and parents in your thoughts and prayers as they experience the greatest achievement of a LIFETIME!

Softball is LIFE
Meet the Team!

🤍 HAPPY ANNIVERSARY 🤍 I was looking throug

“Then two became one.” Congratulations to th